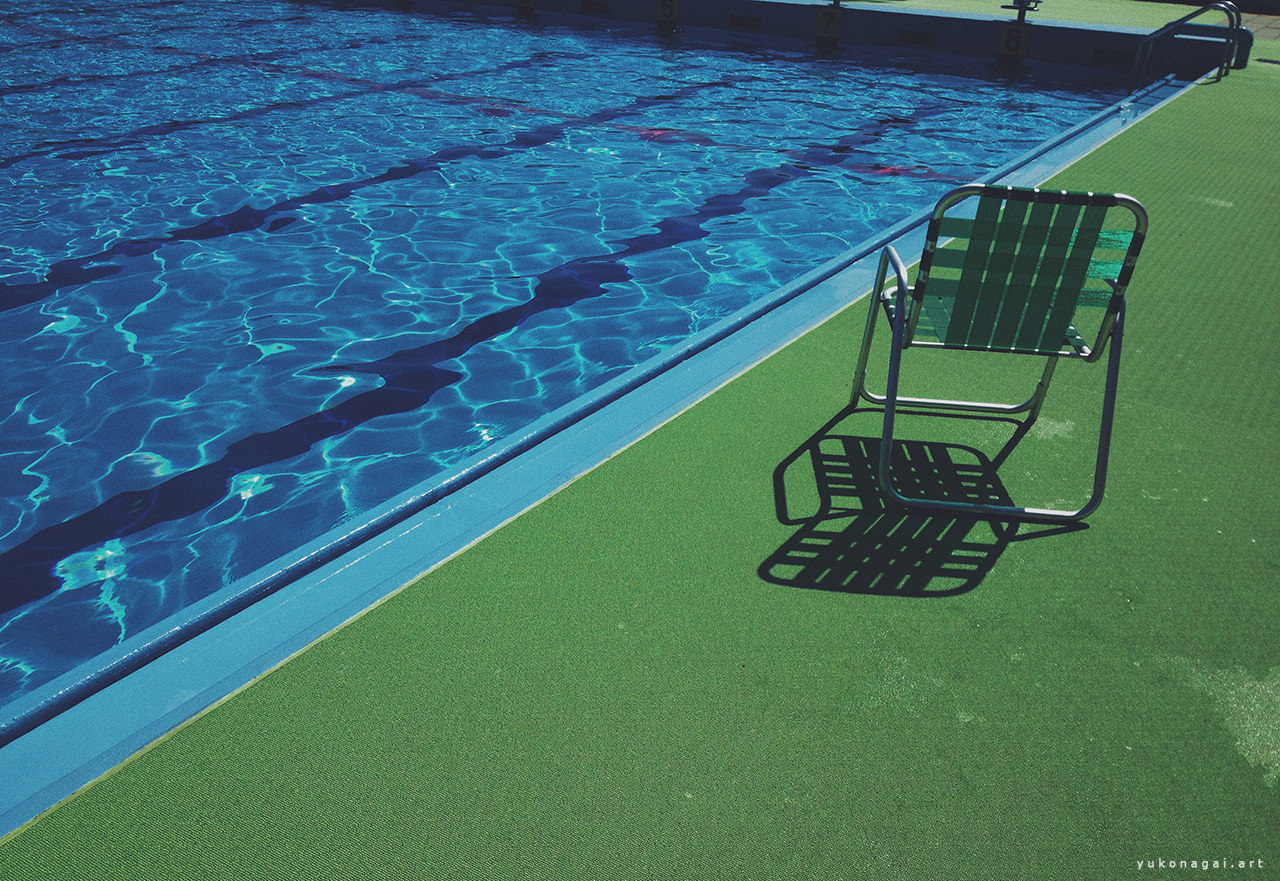 This is an outdoor 50m pool I’ve swam in for a very long time, up until 2019.
Strange, that summer I had a feeling, things will be very different the next year on.
Up until that year I pretty-much kept to myself but in 2019, I shared the excitement of mid summer outdoor laps with a small group of enthusiasts. The last day there were 3 of us quietly doing laps until the closing time, but I feel, the sentiment of the summer swim days coming to an end was mutually shared, and I think I experienced the substantial side of humanity I’d call “emotional depth” that made the summer all the more memorable.

This also is the pool I photographed using throw-away waterproof cameras, that turned into a Lo-Fi abstract “Pool Series (1999-2004)”, and did, so far the only show – a group photography show exhibiting the series, in Los Angeles, CA., which was a great experience and received generous, encouraging feedbacks especially from other photographers at the show.
The why’s regarding it being the only show I have quite well-thought-out reasons for that, but I had to do it once so I know it’s not fear dictating my such unconventional “career move”.

I’d like to take time and appreciate Mr.S, now retired, who took care of the place during the time period, for making a gracious exception to the “no camera” rule – allowed only while I’m alone. He kept the water notably clear – said he learnt from zero on his own to keep it so. Pristine water no doubt was the big part of inspiration. 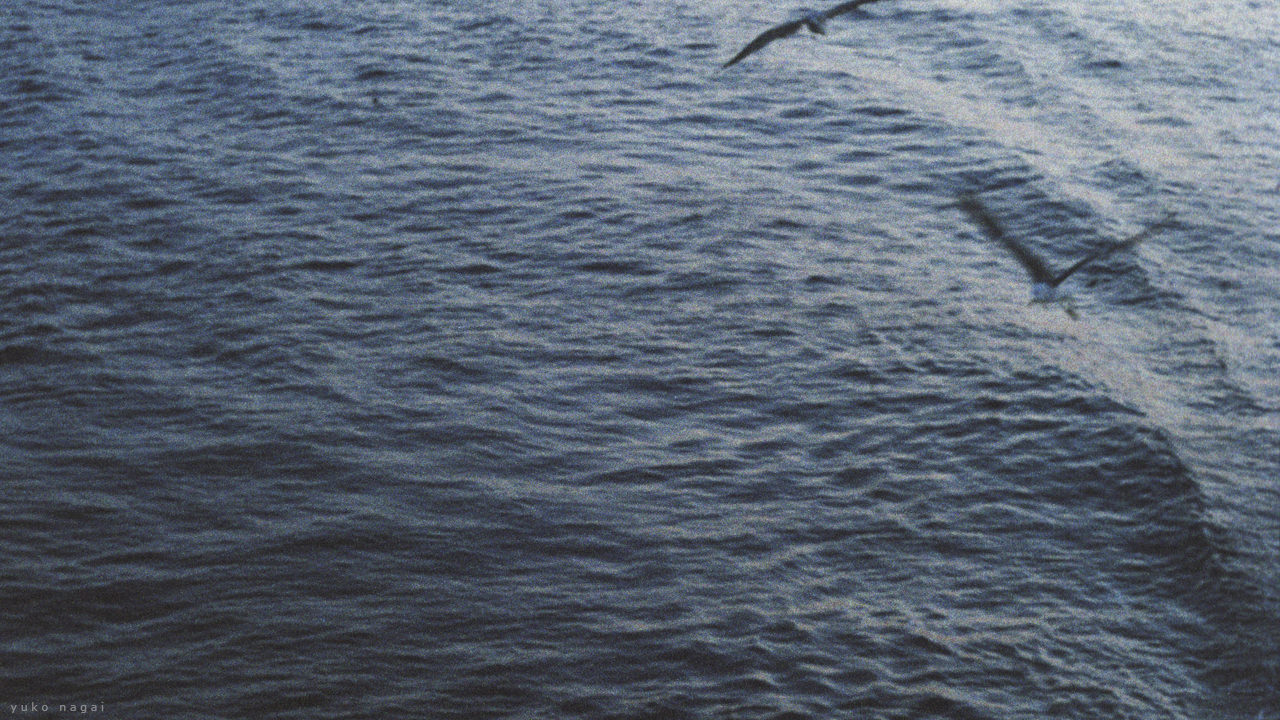 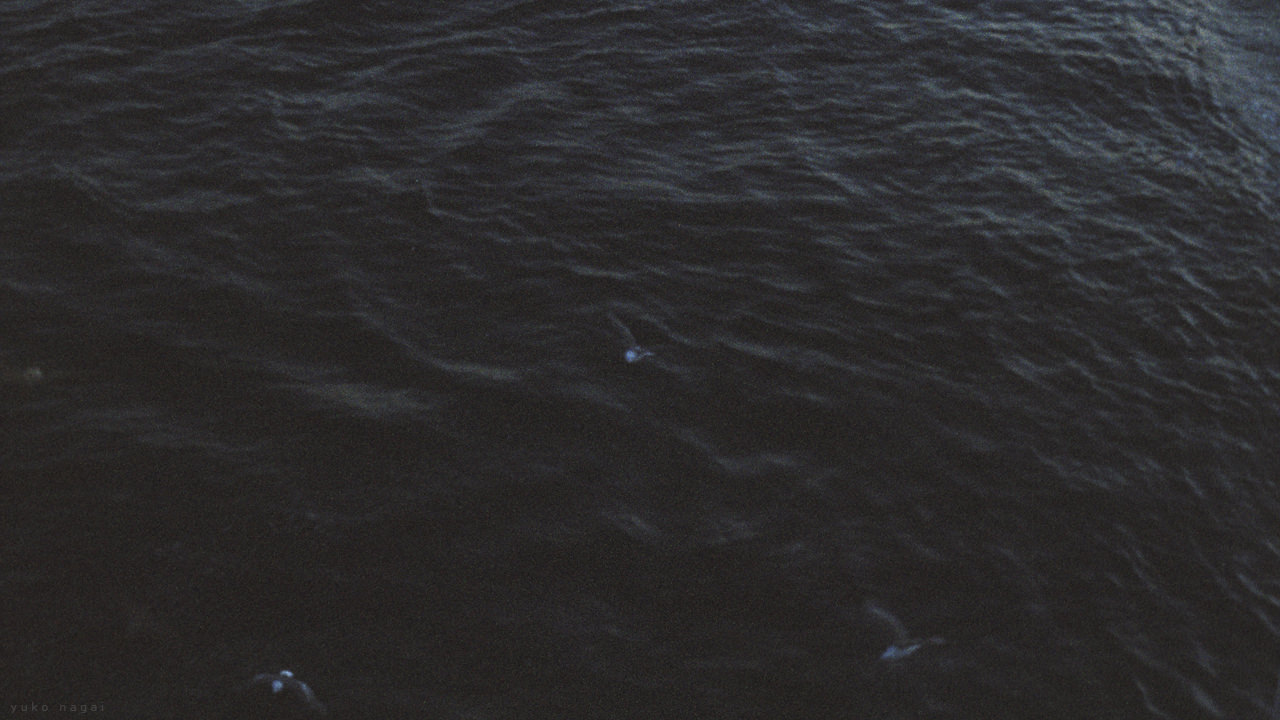 I decided December will be a movie month. I’m gonna watch as many Kiarostami films. Maybe not all though, save some for later, ‘cause no more coming from the maestro.

Photos are from my trip to Sado, early August 2003. Shot, with a single use camera I got in a hurry at a kiosk somewhere, from the last ferry boat of the day, my way back to Tokyo. On the isle time passed like a deep sea current, with the kind of depth that does not weigh. I watched for a long time the fading silhouettes, its picturesque rocks and the dark sea widening between us.

Yesterday I closed my eyes and consumed a semi dried persimmon from the island. Sugar in the fruit spoke to me in Sado, and the characters I met there came to life again: silver-scaled sushi fishes in clear teal sea that gets cold at 3pm sharp, a crane with black and red design who had to nearly brush this tourist’s windshield, a coffee at the goldmine that came with a surprise gold flake floating.
Then I thought of the film, words between a man and his third passenger, the depth that doesn’t bind. And the director who passed last July, the way he used time as his medium, and the subtext that does not force meaning.

(The persimmon in question is sold under the name “Anpo”. Melty on the inside, look for the ones from the island.) 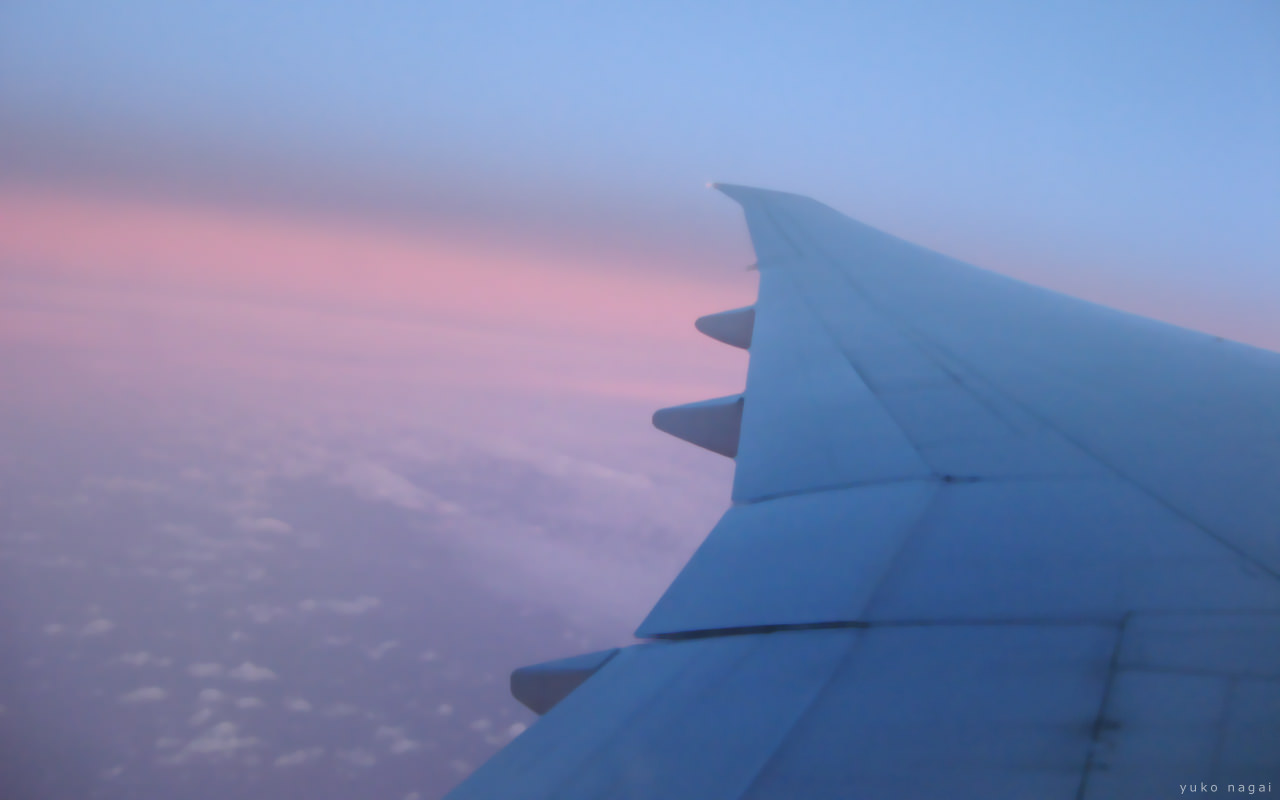 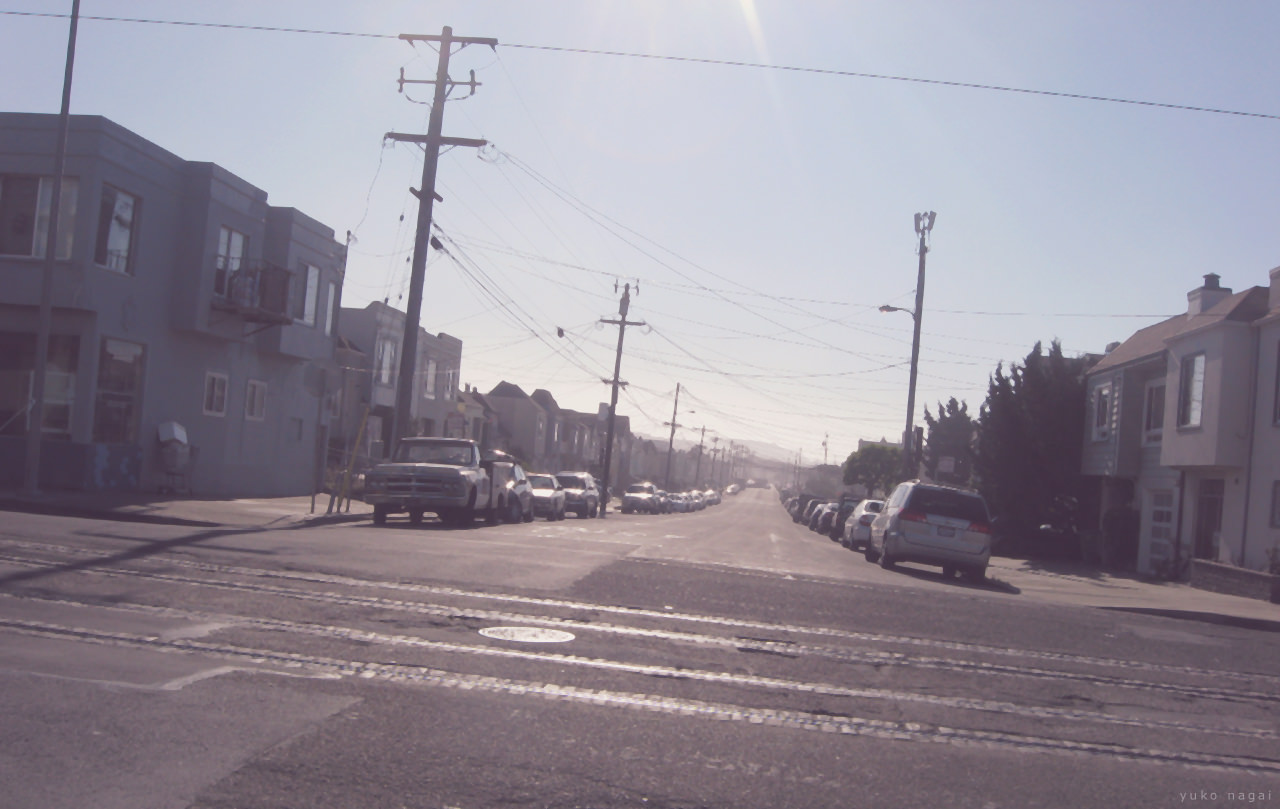 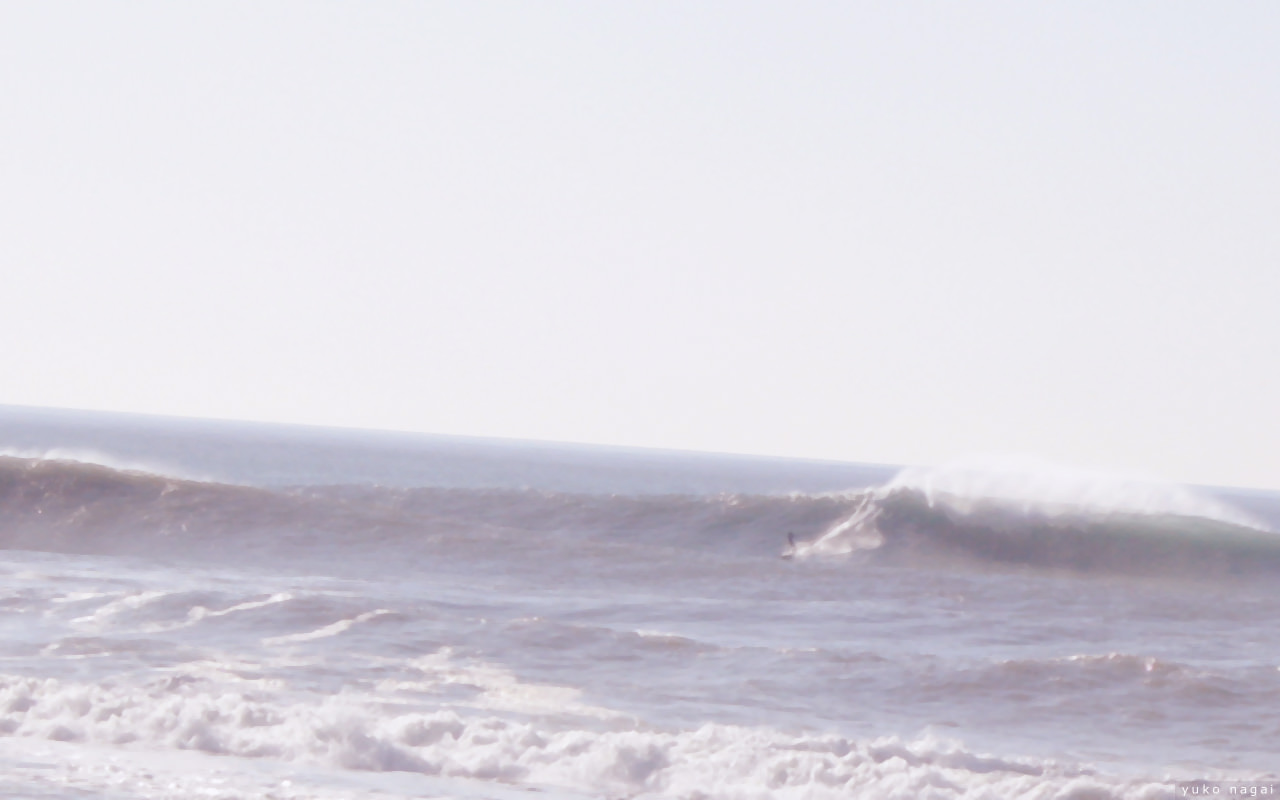 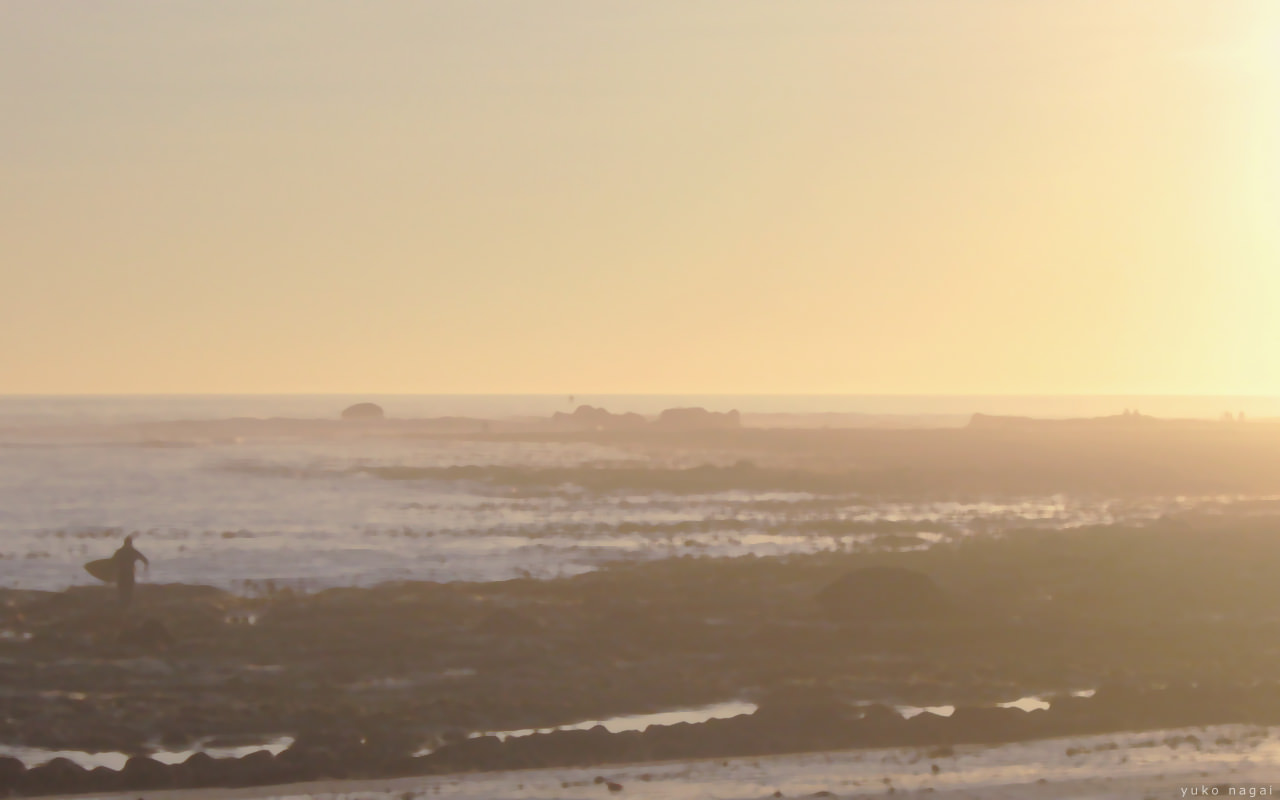 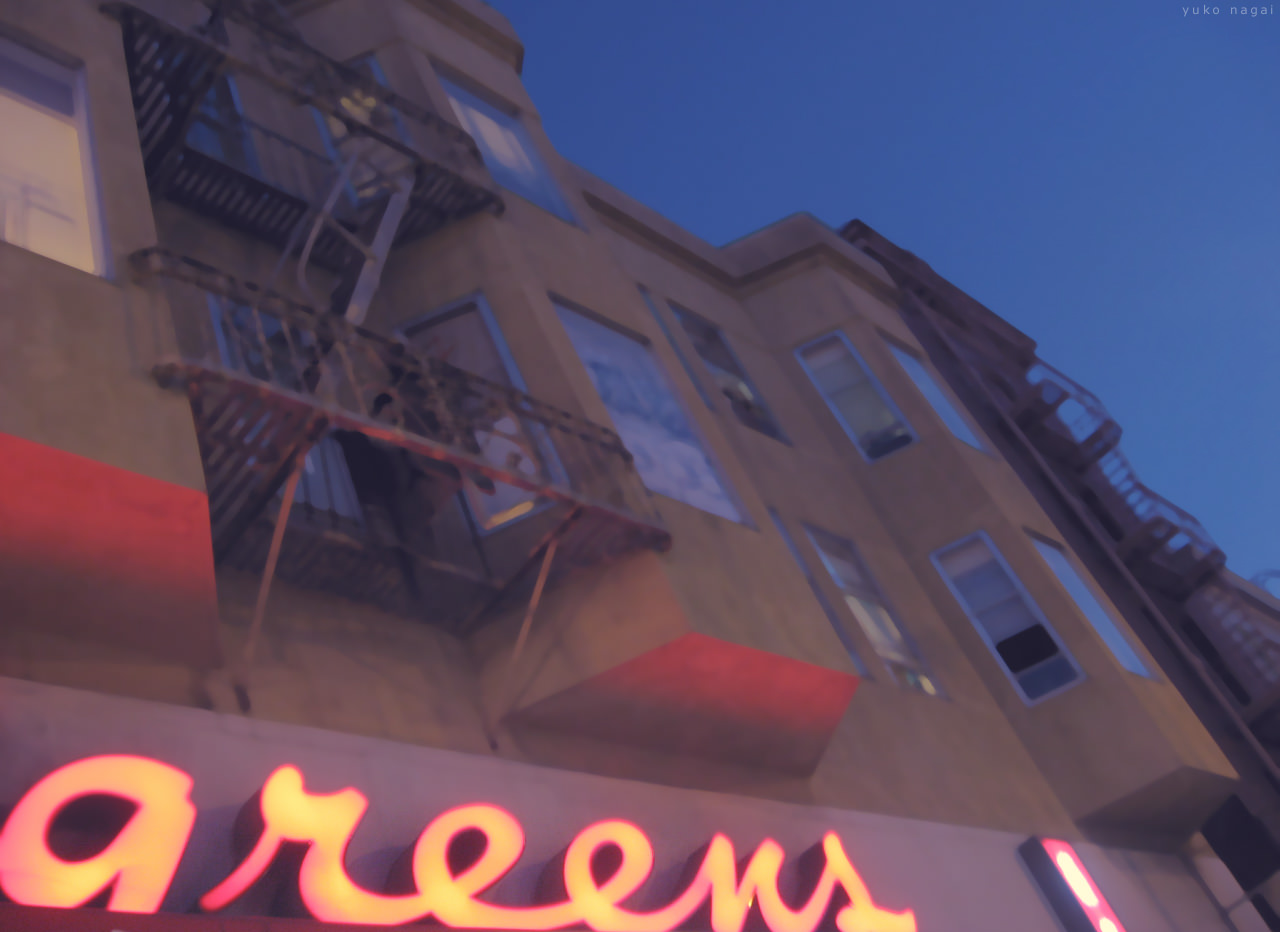 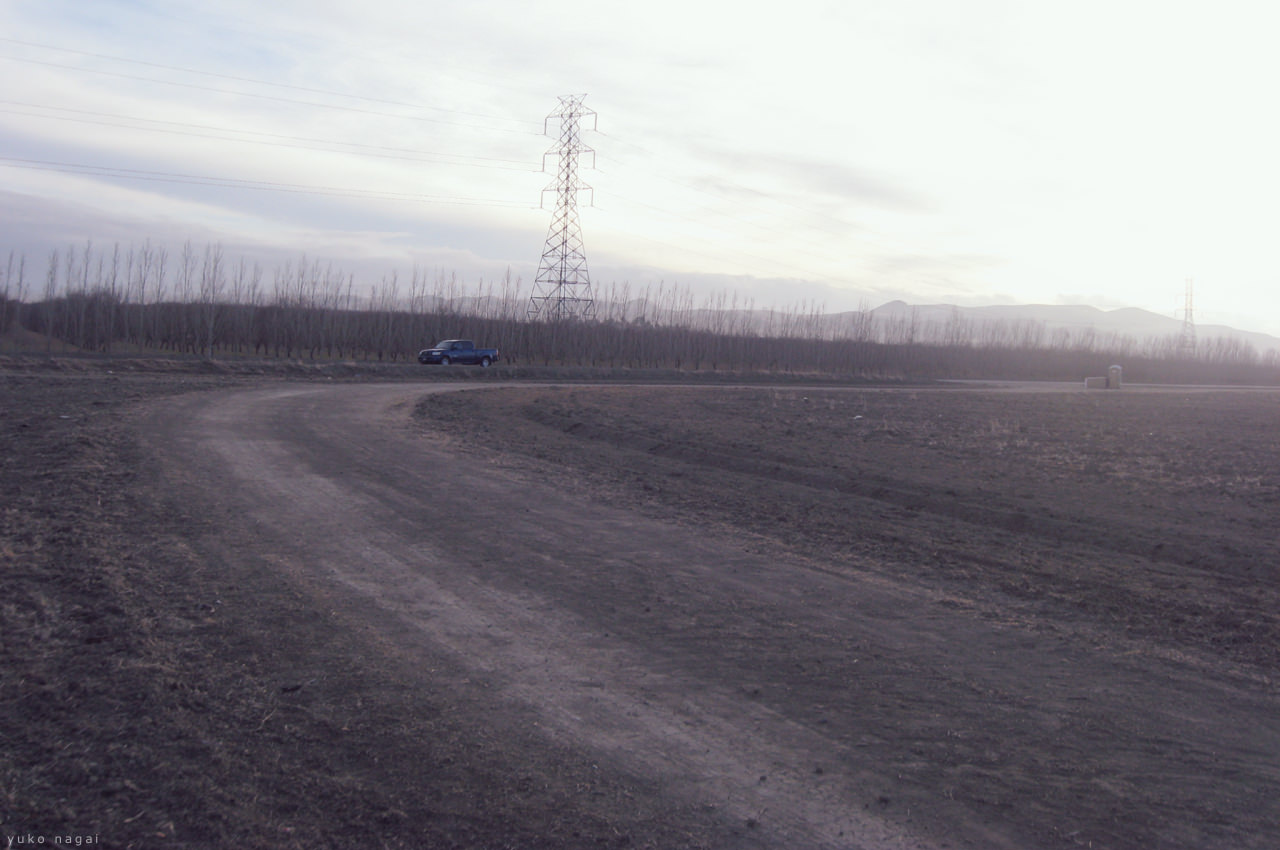 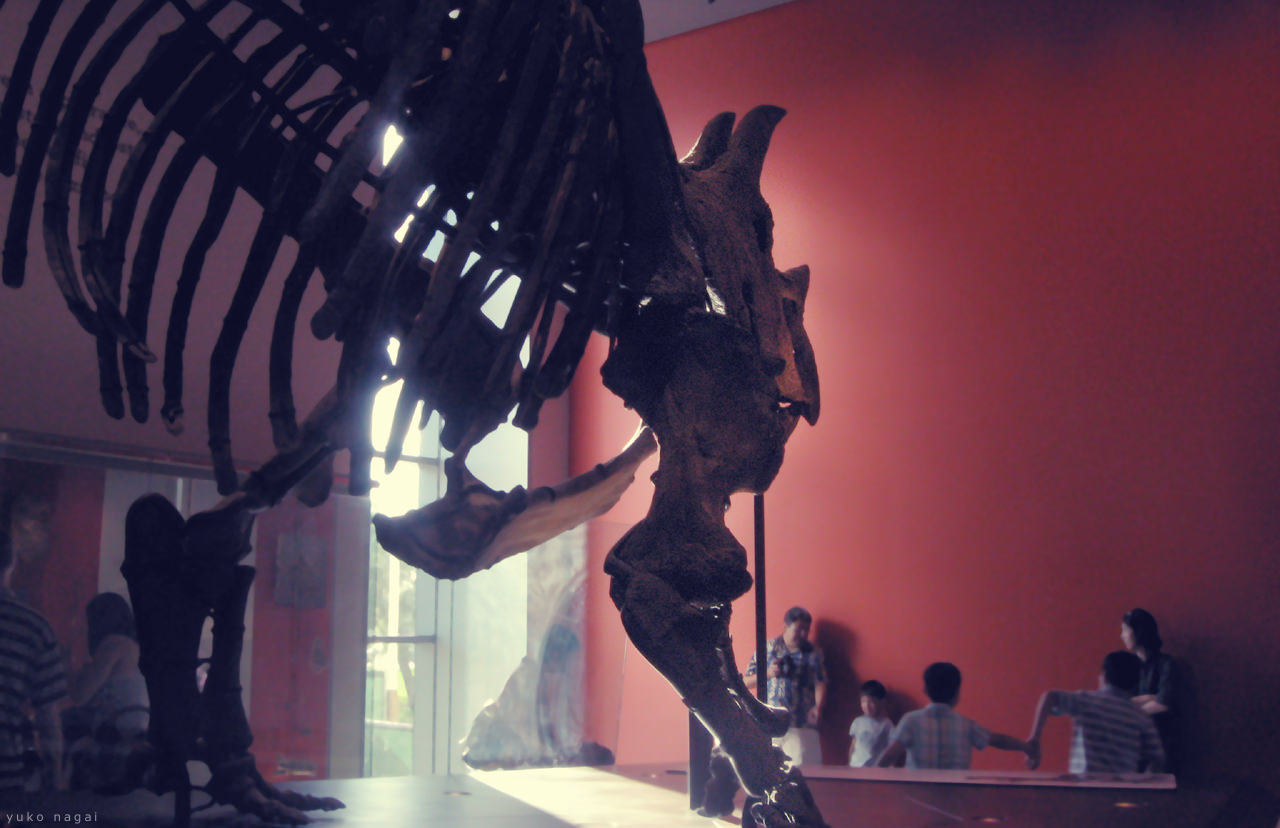 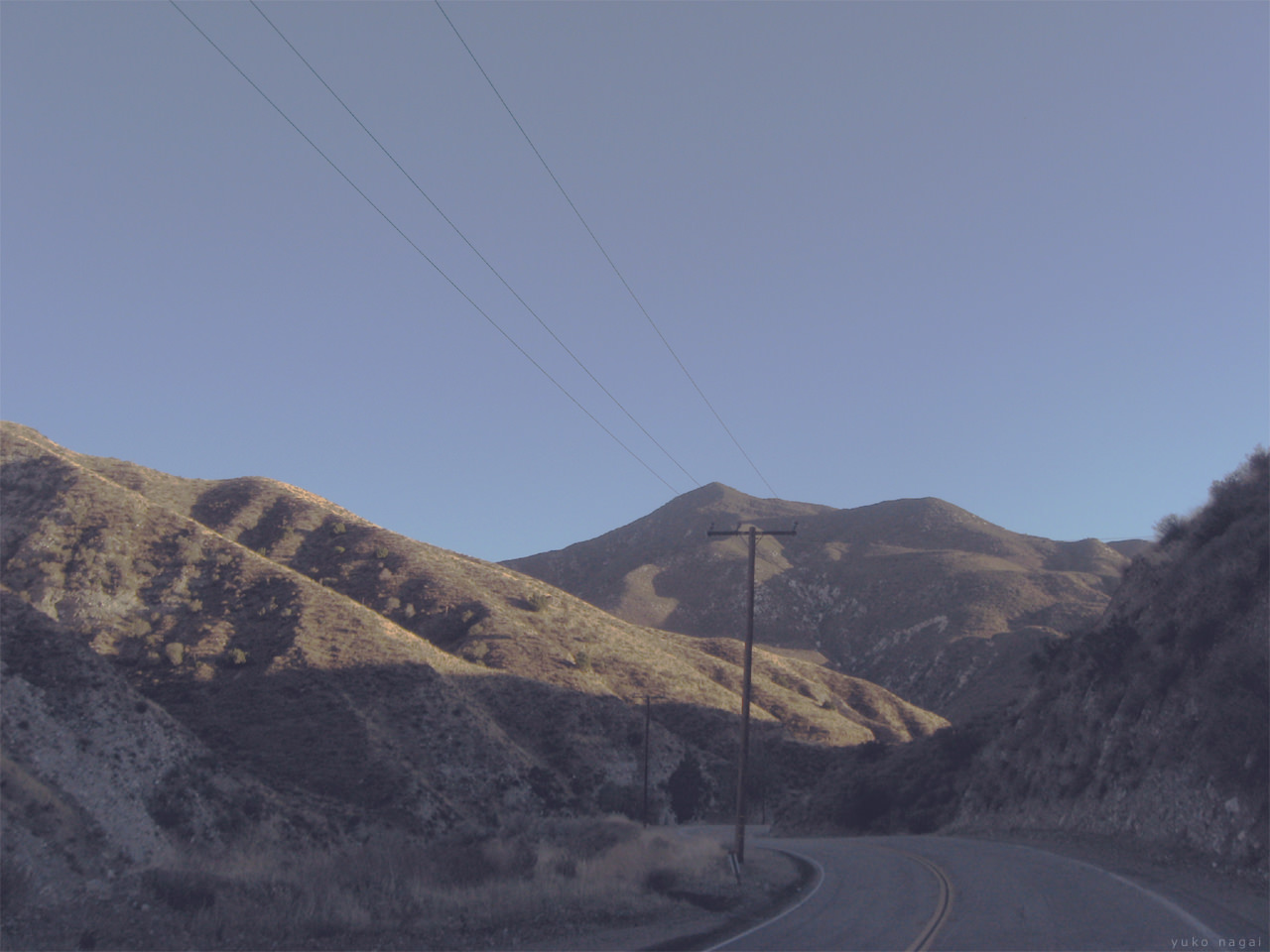 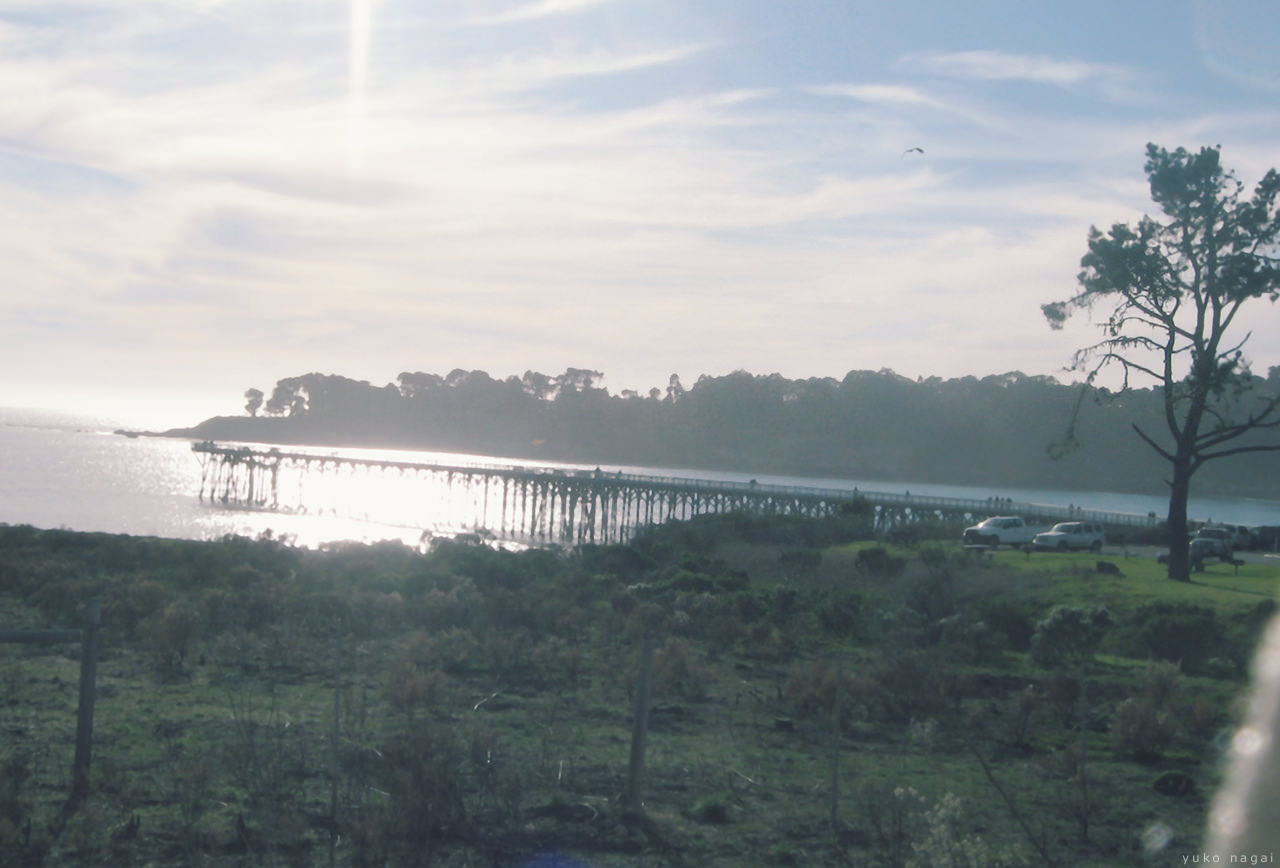 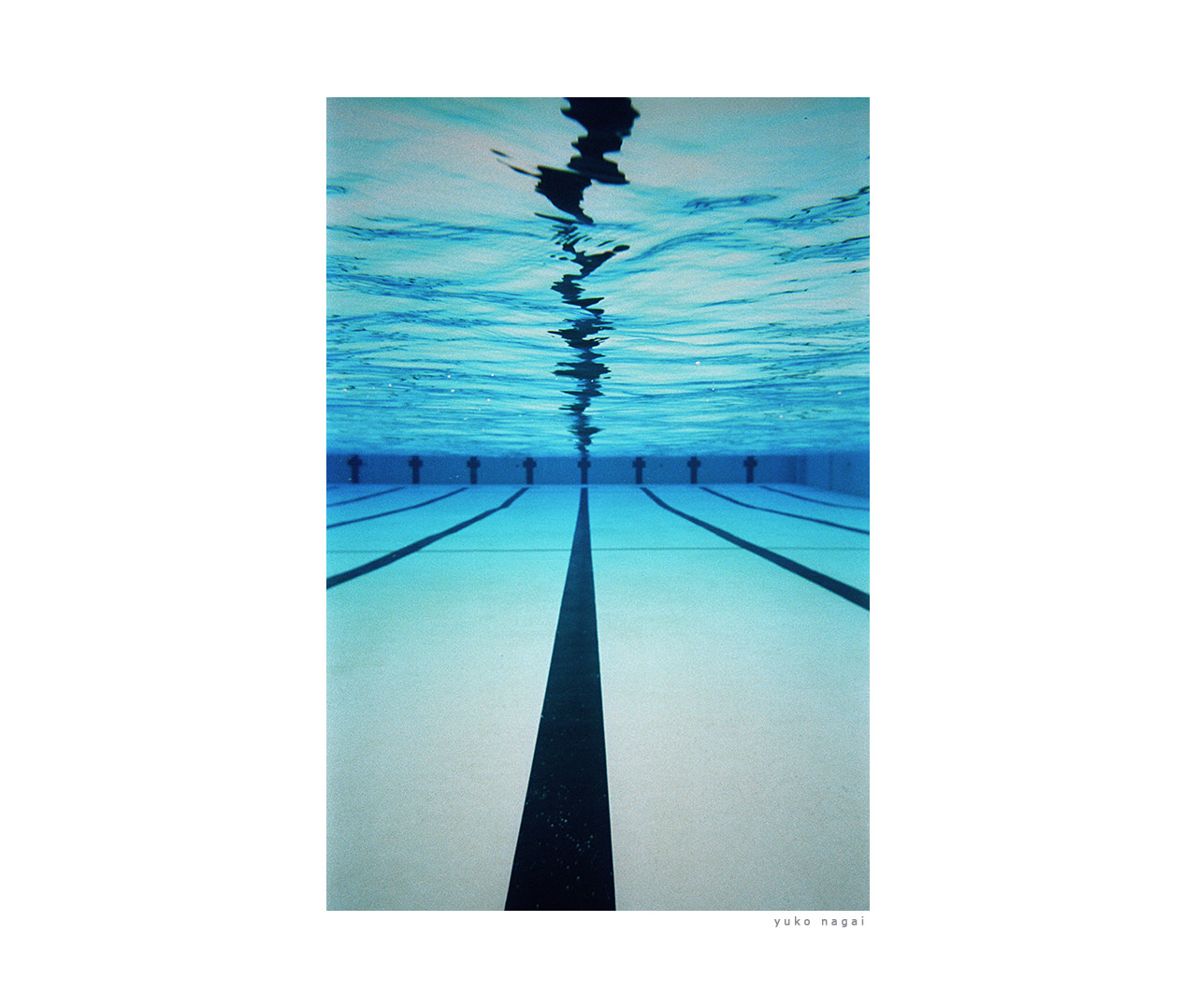 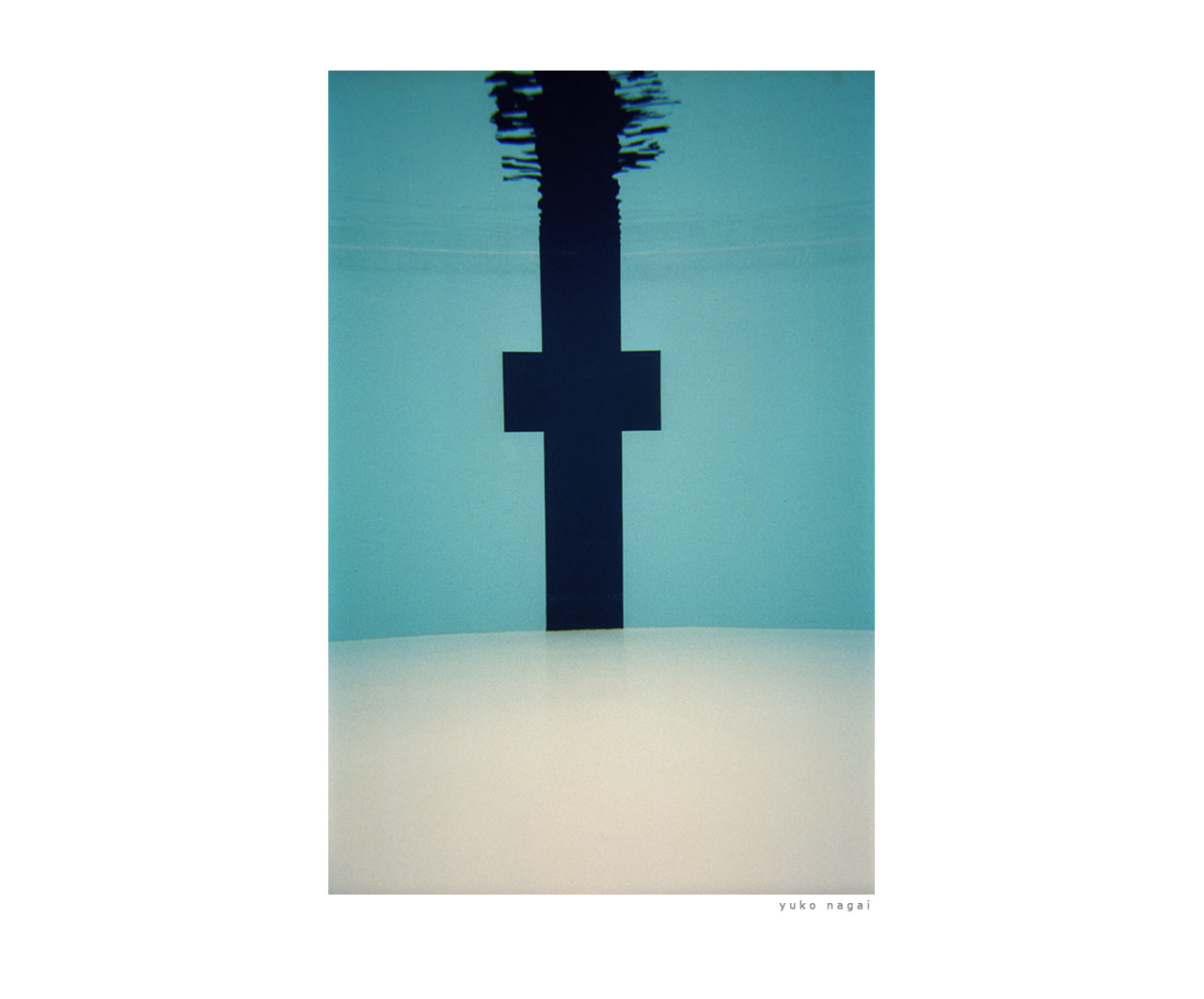 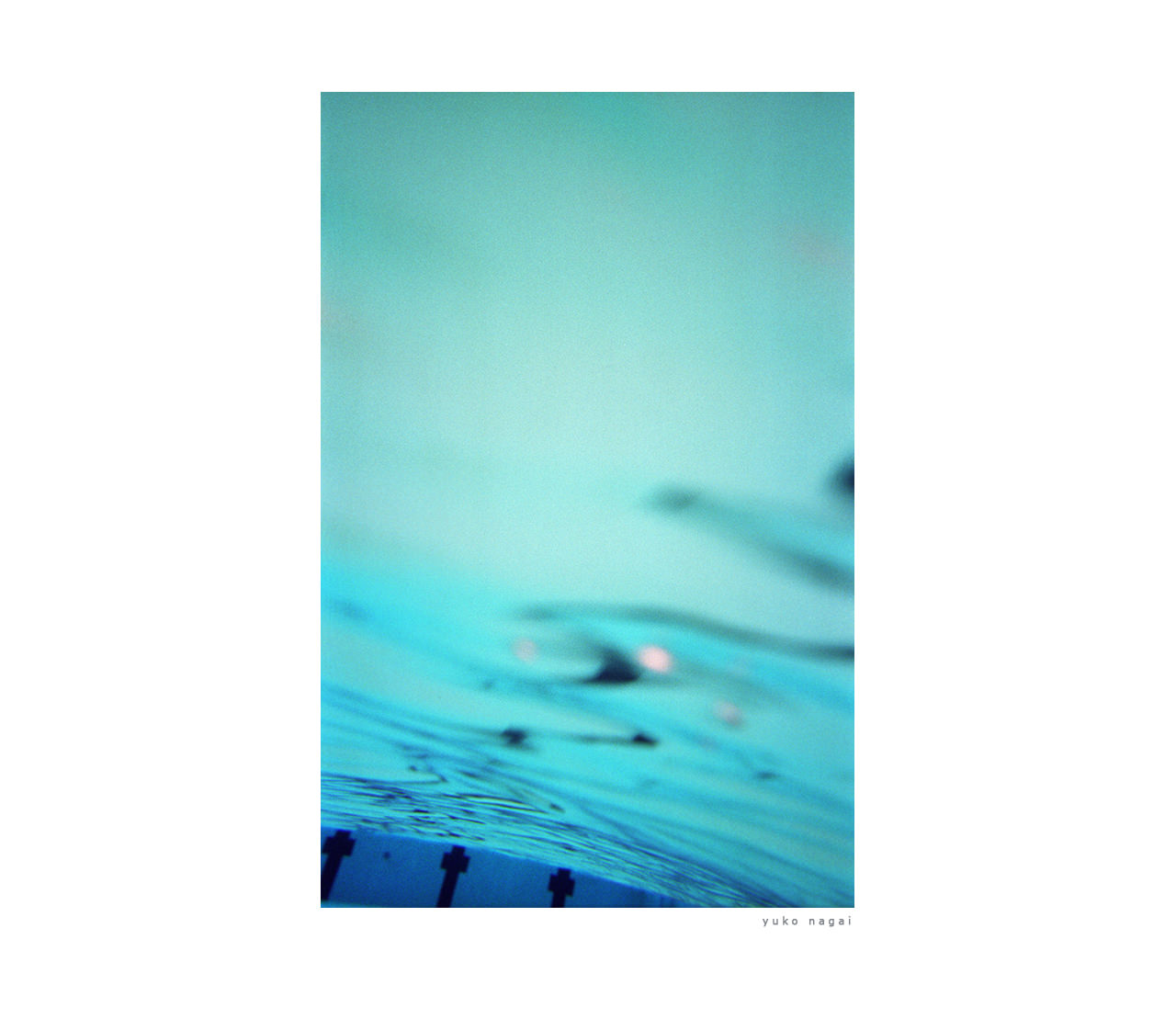 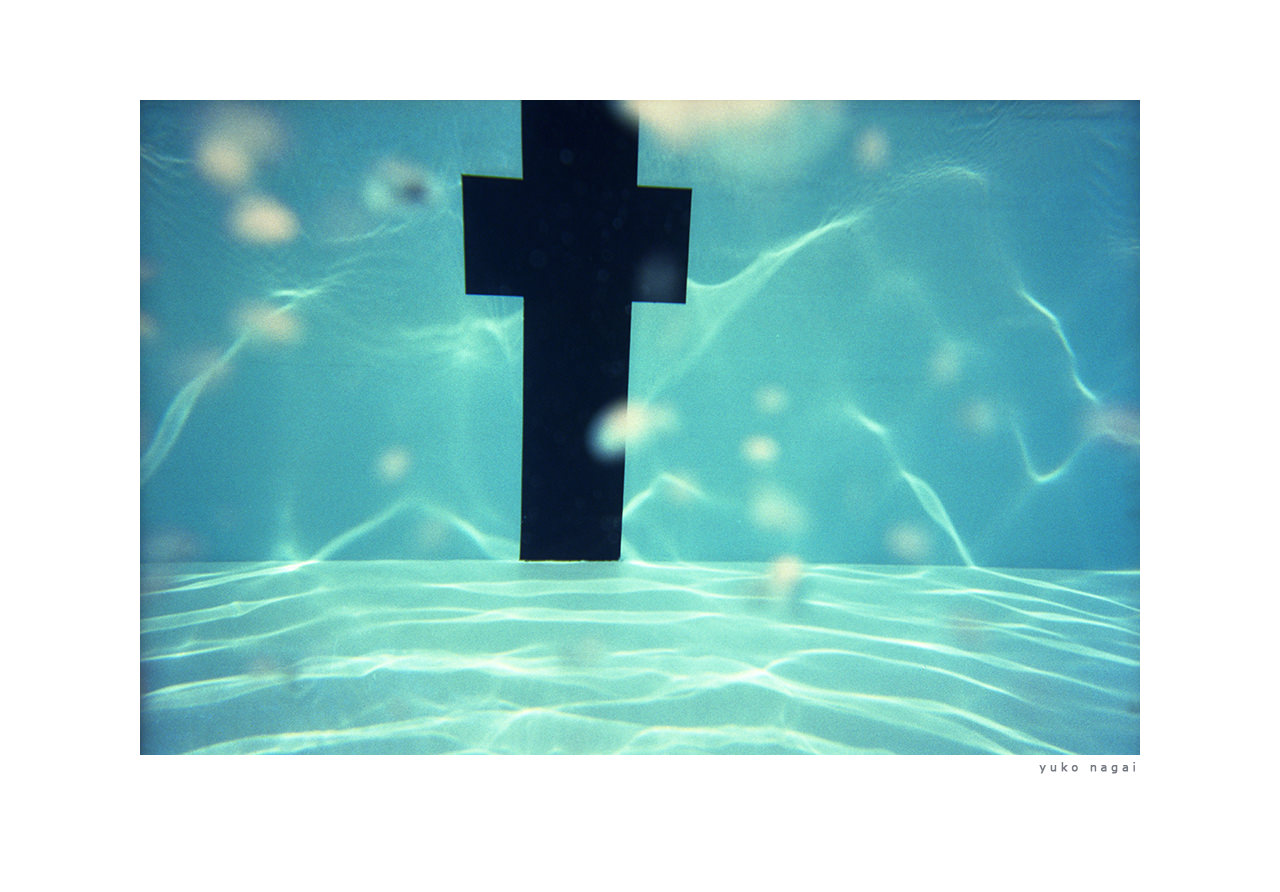 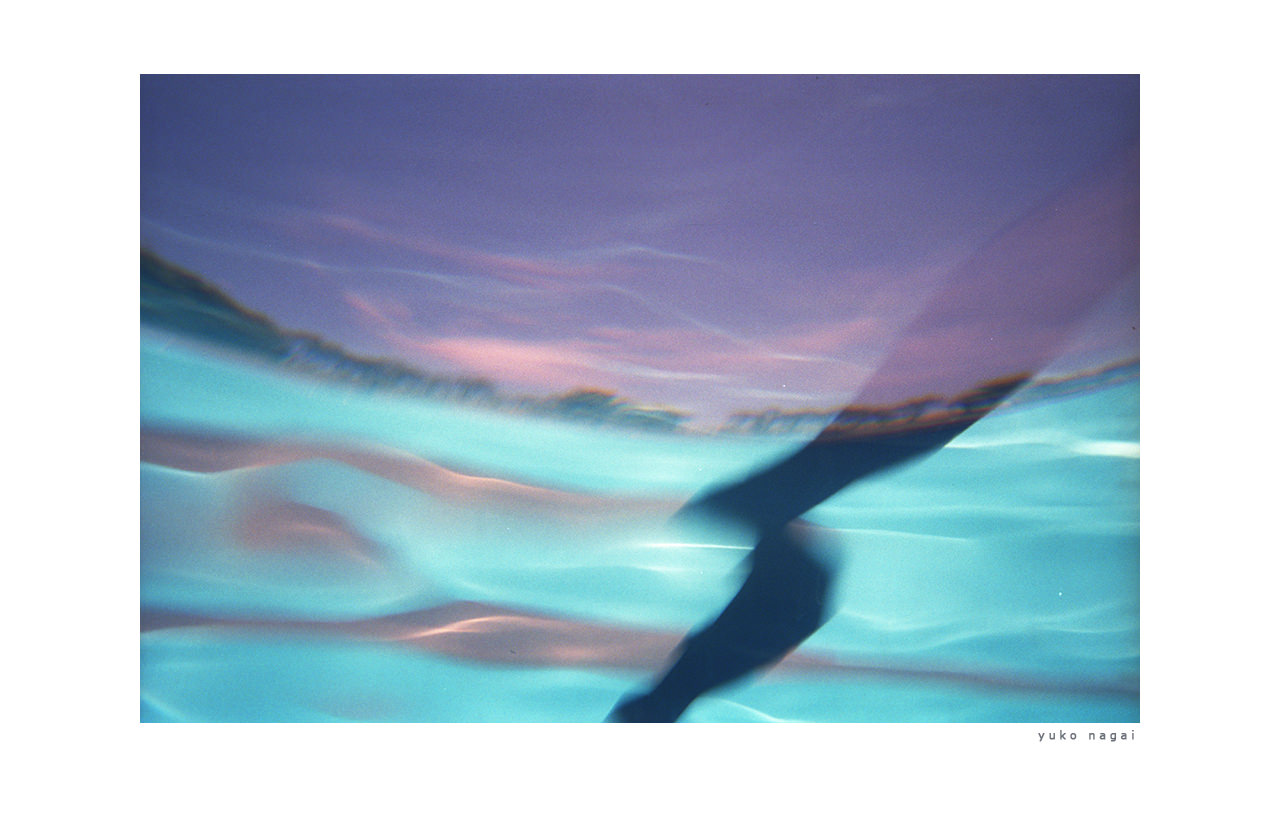 I, a life-long swimmer, who find the most out-of-ordinary images while swimming, one day decided to record what is really taking place at a common neighborhood swimming pool.

In purified moments of simple awe, I witnessed even a symbol like the cross could escape the weight of history and merge into the otherworldly.