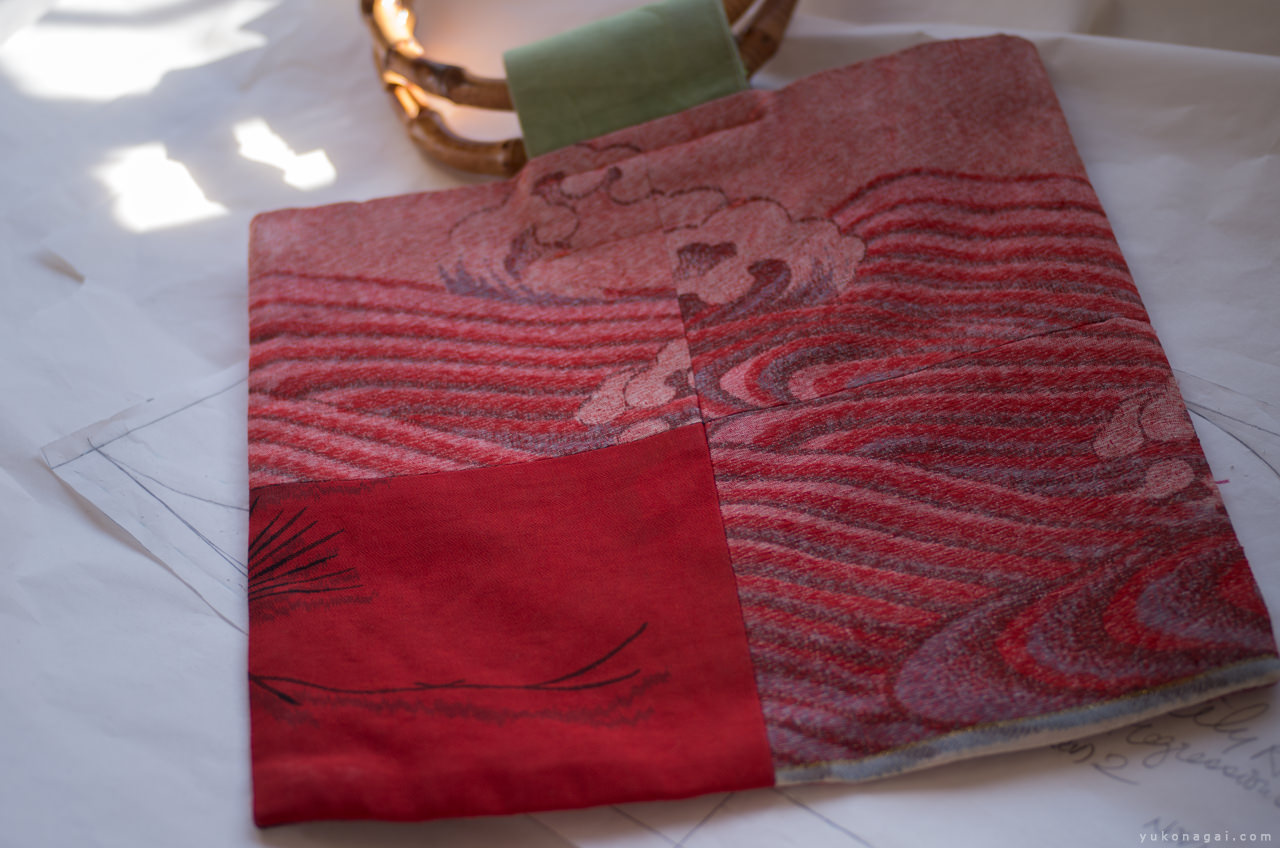 Photographed and uploaded to Flickr on January 28, 2015, revised edit made on February 14, 2021.
The purse itself was created circa 2004, out of vintage futon fabric I found during my visit to the island in early August 2003. The peak season with very few tourists, I was often alone, the only car on the road.

The place has a unique history as an island of exile, “…was a place of banishment for those who had fallen out of favor with the rulers of the day. More than 70 people—notably aristocrats and artists—were exiled here” (within “” from Smithsonian magazine).

Strange, felt like home there. I wrote a bit about my visit on: Dried persimmons from Sado Island made me think of.