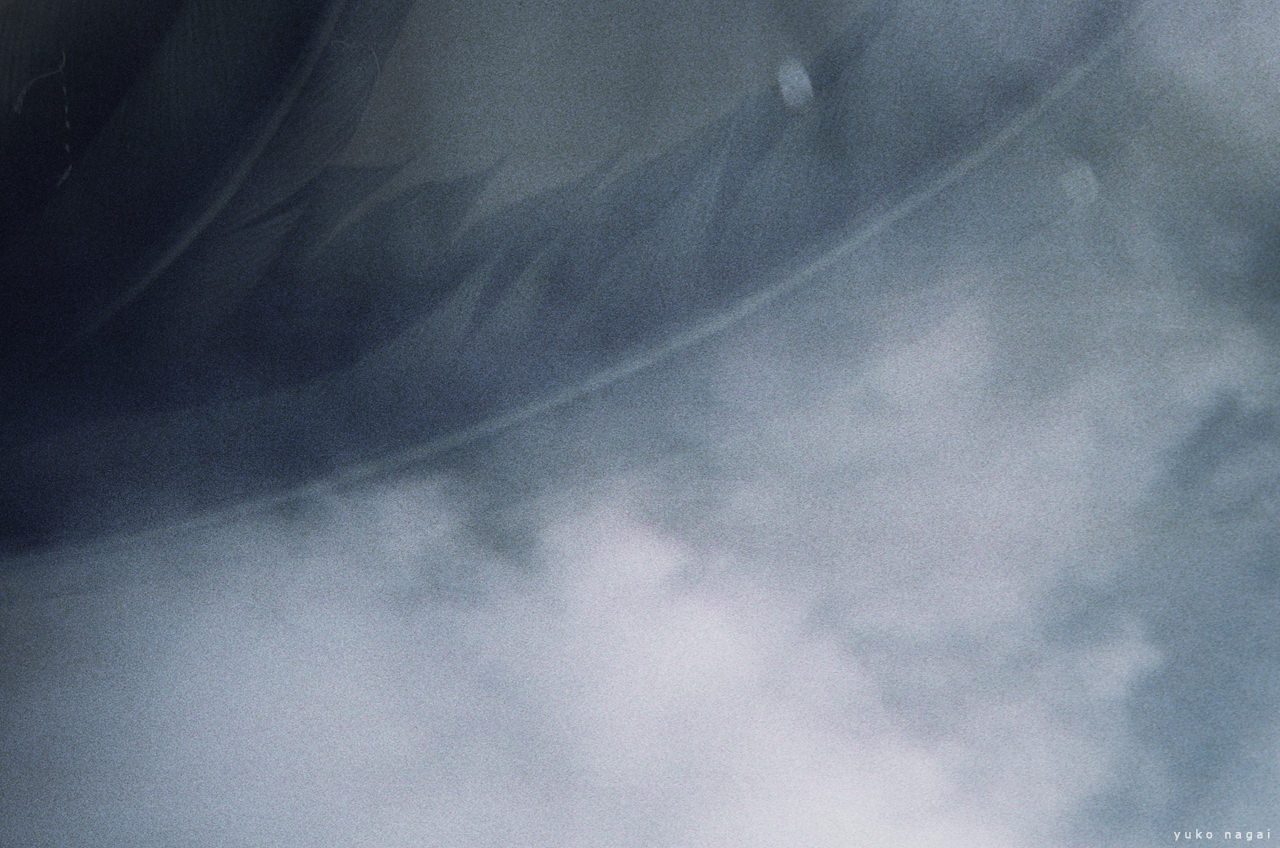 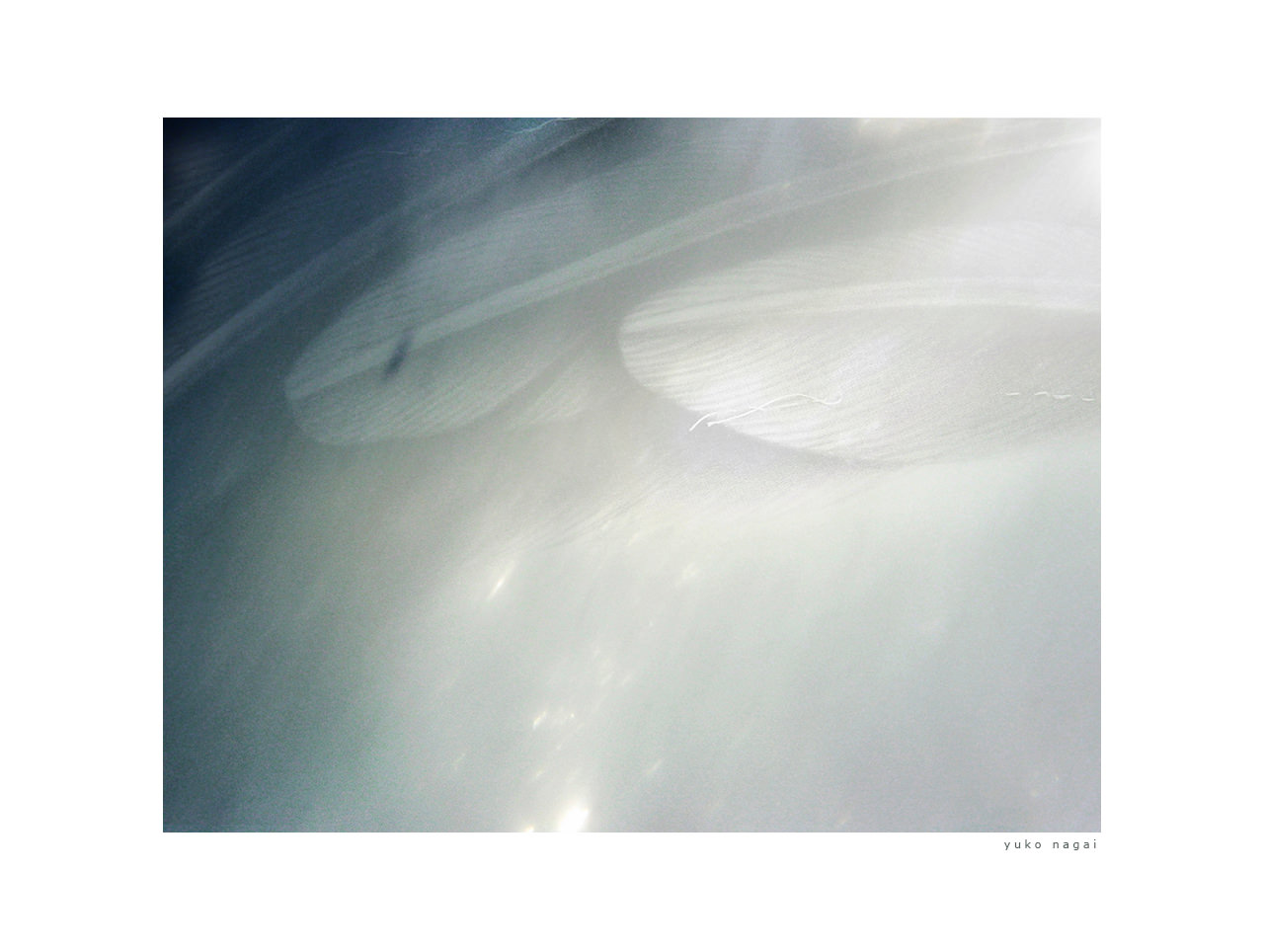 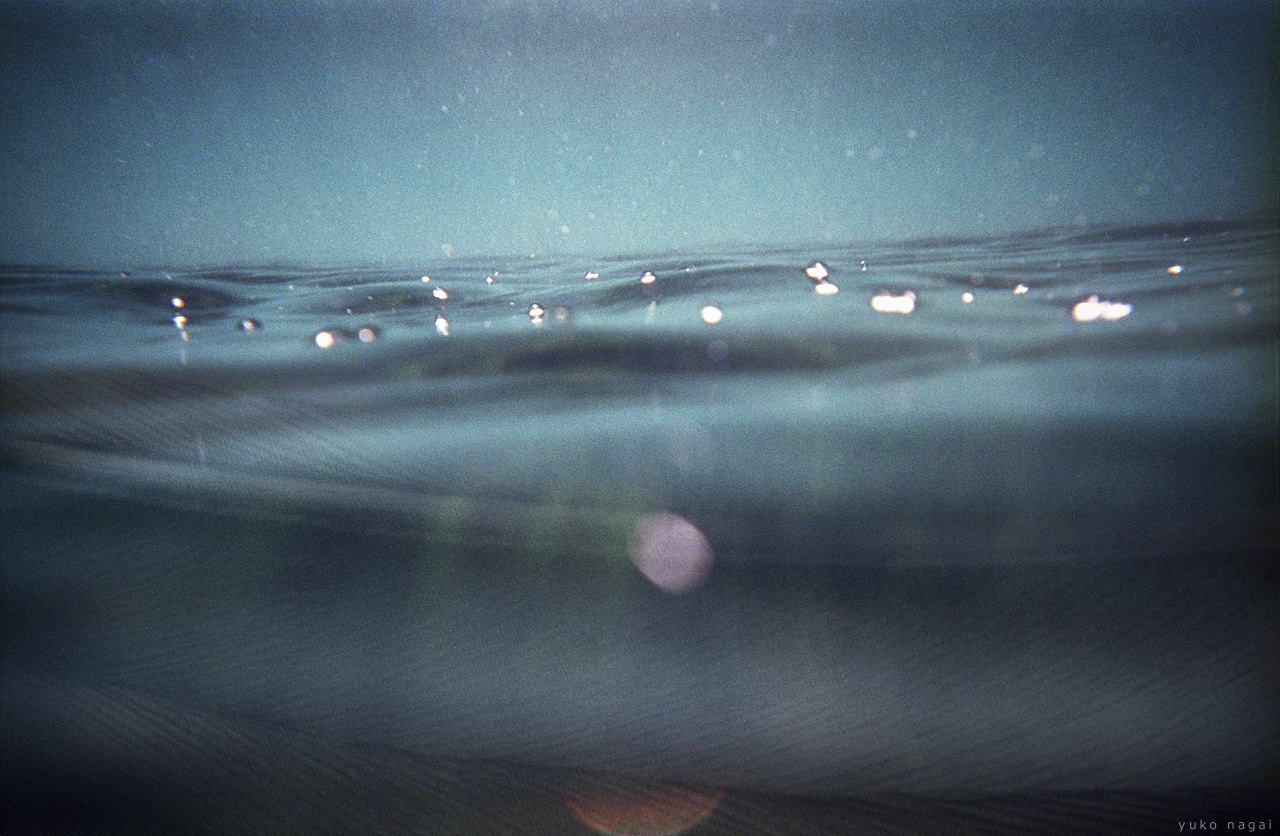 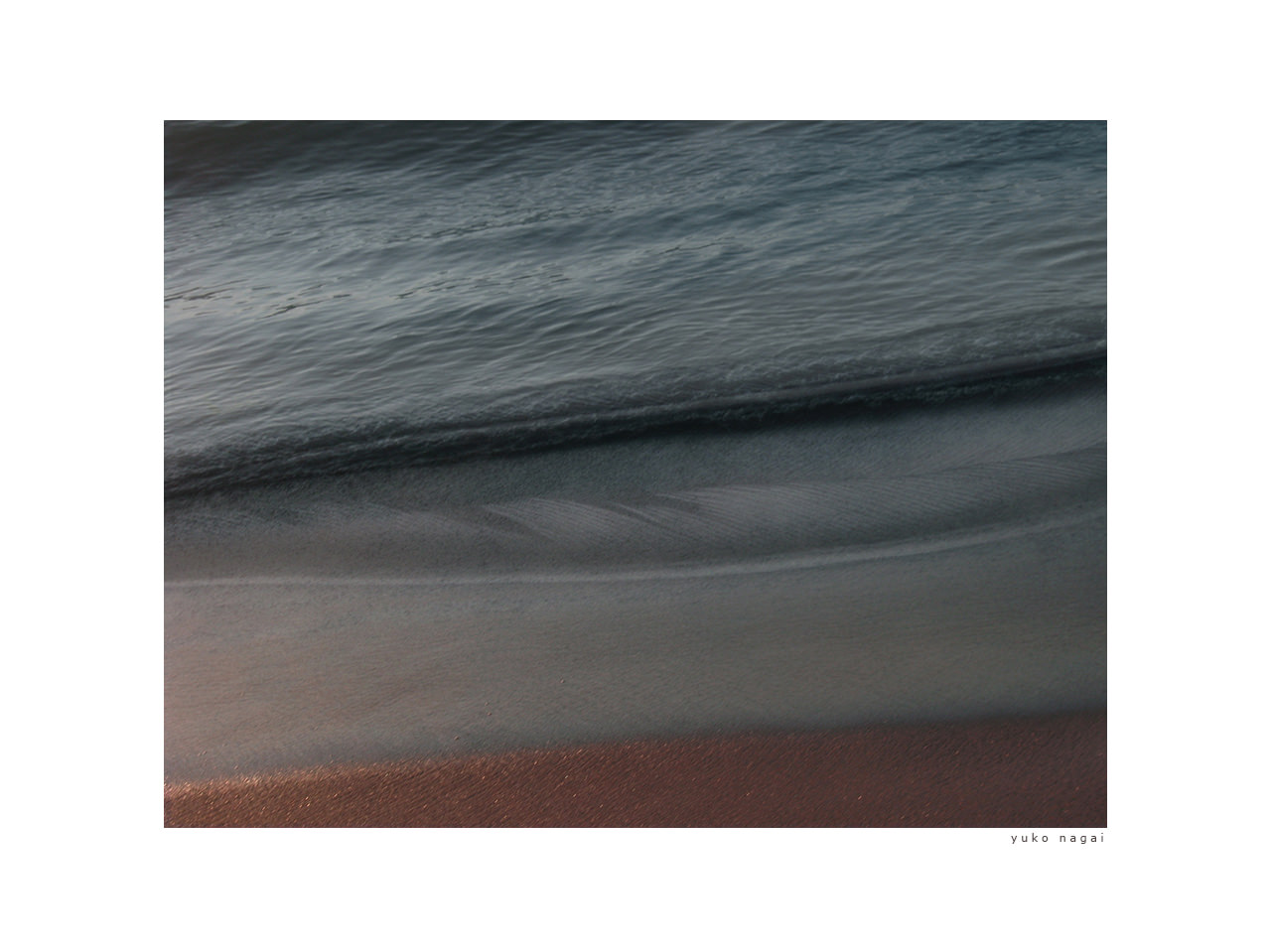 Various images of the Ocean are layered over feather drawings originally created for my “Wing Dress” series.

The Ocean has been my muse, especially for the dress series, and during a long creative process my daily visit to the water fed me visions and the energy that deepened and lightened me simultaneously.

These images are my attempt at somehow capturing the mystery I’ve witnessed while by, on or in the Sea.

Clouds in both “Underwater Sky” were photographed looking up through the water during mid summer. 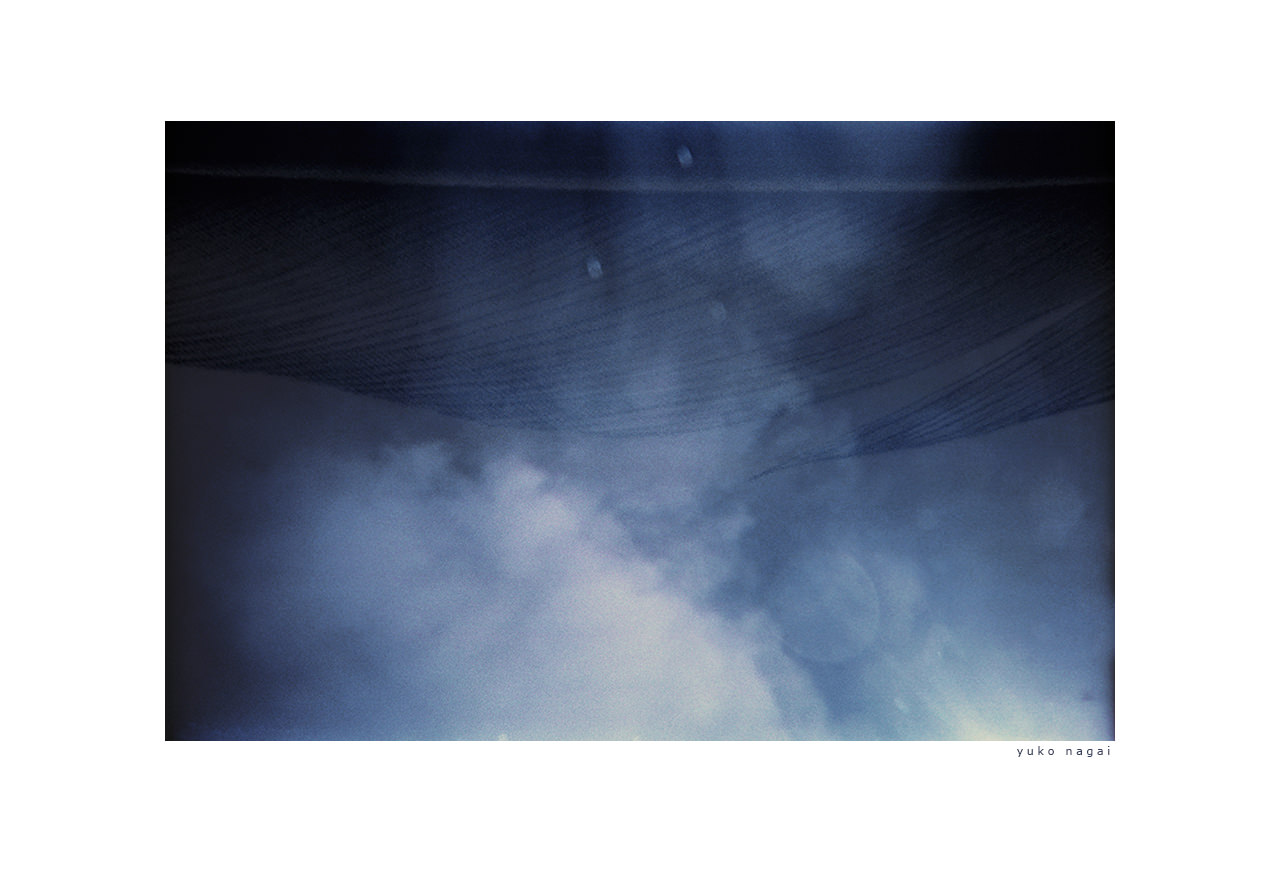 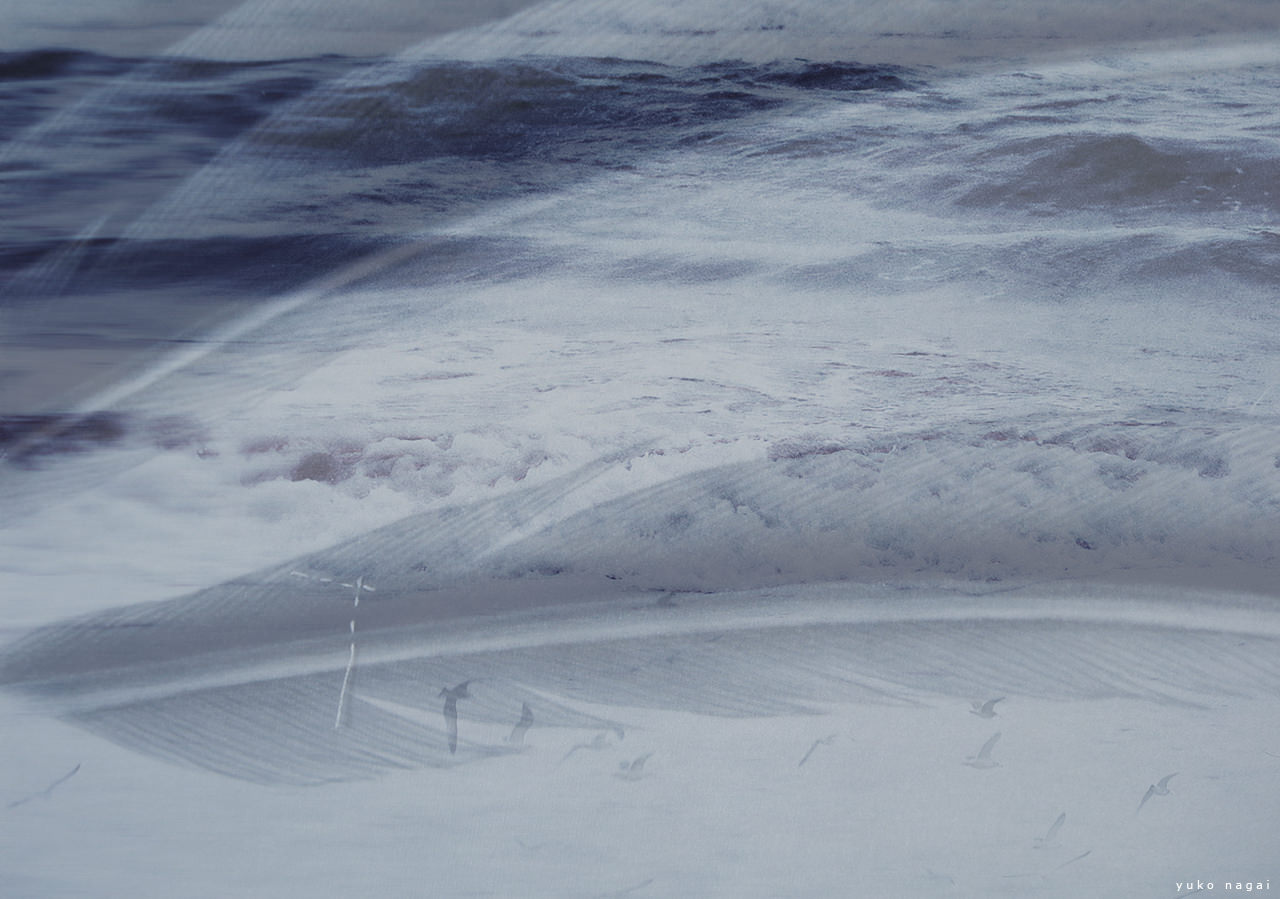