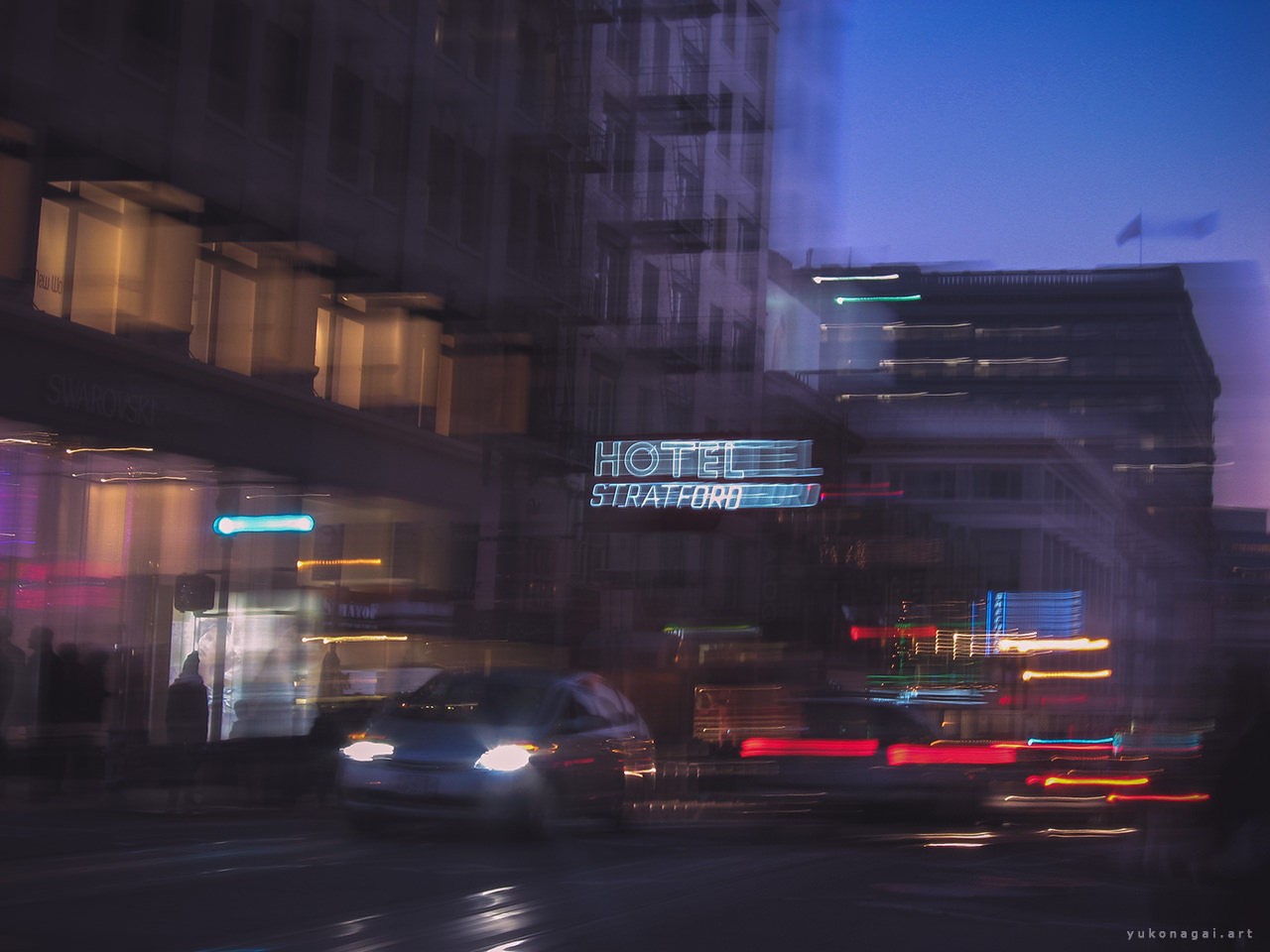 “You can’t take California out of the girl.” 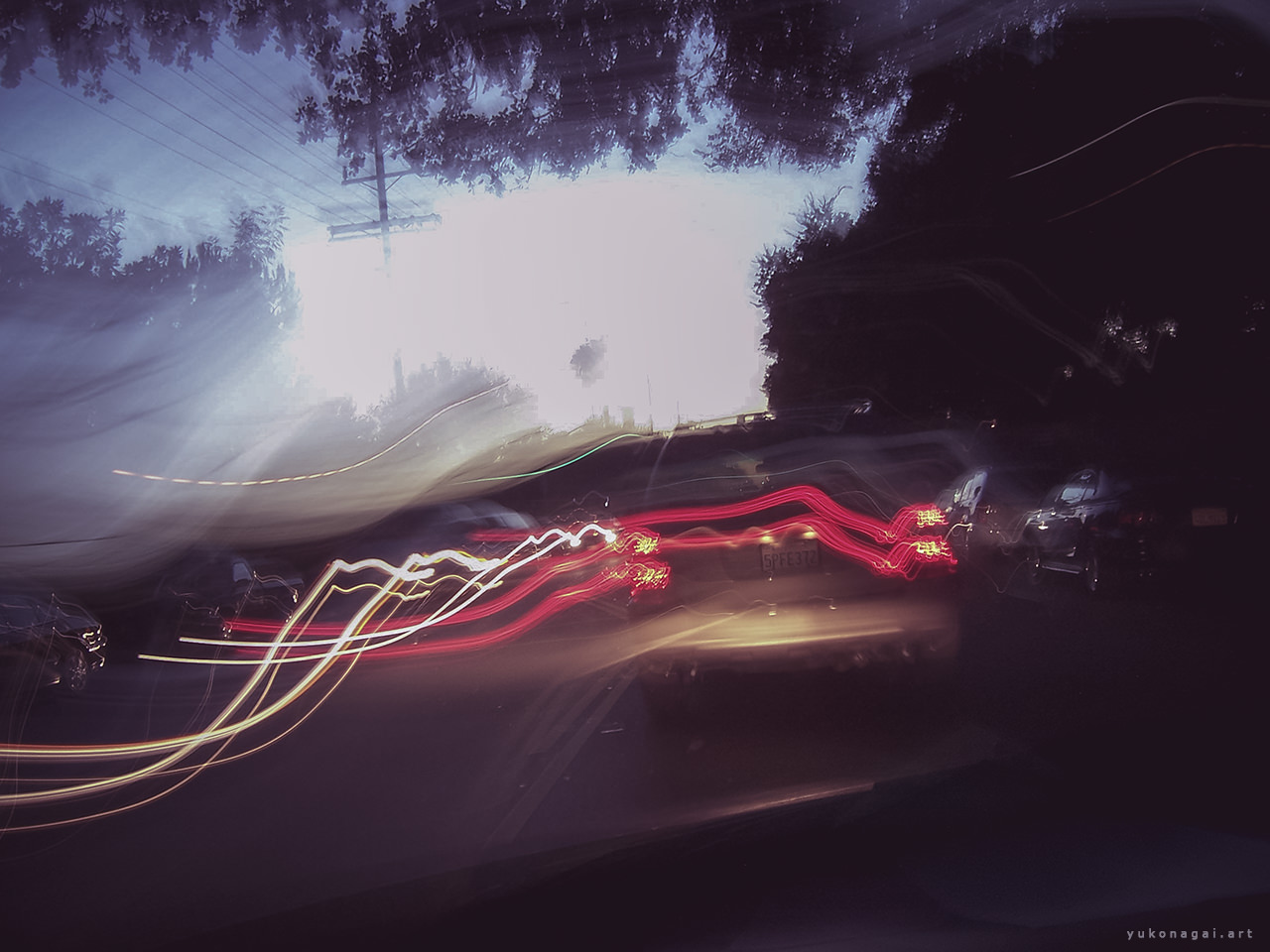 Last time I was in California, I took a long lone ride across the southern half of the state. Came alive in the open land where no one knows what I am. Beneath the desert sun the earth and the ether met at right where I stood. 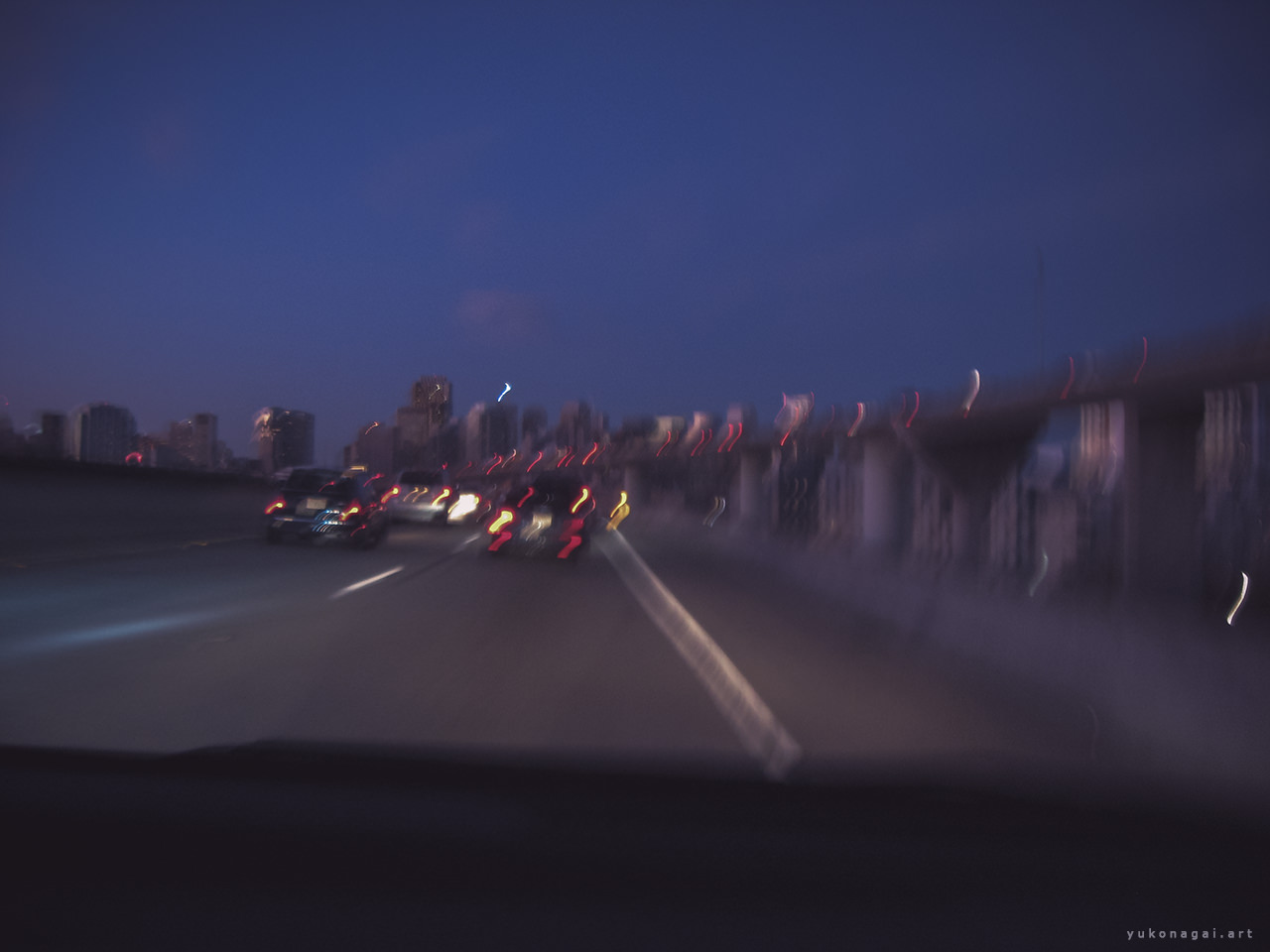 Photos from my too few/far between visits, from top:
P1 – The first time in San Francisco, Christmas 2011, practicing my “light calligraphy” technique near Union Square. Posted the monochrome version on my then Tumblr around 2017.
P2 – The car was not moving but my camera was; the early incarnation of the above-mentioned “Light Calligraphy” thing. Northridge California, September 2006. Posted the diptych version of this photo titled “Miss LA” on my website, Flickr, and MySpace shortly after I returned.
P3 – Don’t try this at home: holding a camera on a freeway riding back from Half Moon Bay, into SF city, also 2011. Never posted this one anywhere simply because I don’t think it’s that good, but “the feel” is there; the California night, going places.

A quote in decorative letters from a conversation I had earlier in the day, as the other party, noticing the change in my tone as I spoke fondly of Calif. good-natured jokingly said, “Is that it, the ‘you can take a girl out of California but you can’t take California out of the girl’ thing?” And I laughed with her remembering that girl I once was, the girl who fought a long, lonesome battle against Creativity Itself.